Space Themed Decor For Your Bedroom

Come and explore the galaxy young budding astronauts with a space bedroom theme. We have put together the ultimate package to send little adventurers to infinity and beyond and aptly named Reach for the Stars.

This cosmic package starts with a ceiling paint from Dulux called High Salute, this is because the darkness of the ceiling will perfectly set the background for the glow in the dark stars.

Glow in the dark stars are easy to apply and because of this artistic flair is not needed, just a set of ladders and a lack of vertigo to reach the dizzy heights which will soon be space.

Most importantly, the centerpiece of the ceiling is a light in the shape of a rocket which will then be surrounded by the glow in the dark stars and give the impression of hurtling through the solar system and beyond.

Now continuing with the space themed bedroom journey we would suggest a subtle pale blue/grey color paint for the walls, so seek out the Dulux range and the paint called Ghost Whisperer.

Furthermore also from the Dulux range try out the Delicate White shade which is great for trims, doors, skirting boards etc and is hard wearing.

In contrast to this if you have a good size bedroom, it would be a great idea to complete the space bedroom theme with a feature wall.

There are a variety of ways you can introduce a feature wall but if you are a dedicated plain walls and paint person then I would suggest sticking with the Dulux High Salute paint on one feature wall.

For the more adventurous check out the latest in astronaut wallpaper.

They are easy to remove should your little space cadet grow out of the galaxy and you find yourself redecorating the bedroom once again.

Other surfaces where they can be used is on wardrobes, tables, windows etc, get creative – it is what interior design is all about.

Moving on through space, if the galaxy appeals to you more, then there is an extremely good choice of planet wallpaper available which is perfect for a feature wall.

I love the look of the galaxy backdrop for a feature wall as it features the moon, mars and stars and it also brings some color into the room breaking up the blue.

Planets or astronaut wallpaper, the choice is yours, they all introduce a stunning addition to any space themed bedroom.

The joy of these planet wallpapers is that they are organic and you don’t suffer with wrinkles or bubbles, which can be notorious when trying to put them up.

Another added bonus is that if you measure your wall you can get the theme custom made to fit the wall and the whole pattern will be sized to fit.

Putting in the finishing touches

Once you have finalized the walls and ceiling then you need to pay attention to the type of flooring you require which is always a personal choice.

A good quality laminate in a soft grey, which is hard wearing, will stand the test of time, but make sure you have good insulation underneath the floor before having it installed as it will help to keep the floor warm.

Now for the fun part which is the accessorizes. After so much fun space travelling it is time for a good nights sleep and what better way to achieve that then by choosing a set of black curtains, with feature a star pattern.

These curtain also have a blackout feature which will block 90% of the sun leading to an undisturbed sleep.

Finalizing the material aspects of the room and keeping your space cadet cozy in bed is a zodiac bedding set, which can be complimented with more pillows and cushions in white, shades of blue or grey.

A very cool addition to the bed is a galaxy tent and the tent is super easy to fold away and attaches to any bed, which is going to feel like camping under the stars without the adults around – don’t you wish you were young again?

No space themed bedroom can be without storage, so if you don’t have any built-in wardrobes then I would suggest the set featured, which has sliding doors and plenty of storage for little hands to reach into to grab their space pack and jet off.

Most importantly, toys, these are a personal preference, but what better than a rocket shaped tent for traveling around the solar system during the day, with hours of safe play and just coming down to earth for a peanut butter sandwich and a glass of milk.

How cool is it to look down on the world after taking off in your tent shaped rocket? A soft carpet in the shape of the world will give the illusion of flying in space and therefore adding a rug will soften the floor and the added bonus is that this one is also non-stick.

So finally we have landed back down to earth and need to plan the next adventure and what better way to do this than at a set of white table and chairs. Mission accomplished.

Consequently, after a long day of space travel it is time for bed and dreams of galaxies far away, lay back in bed and turn on the rocket light for a nice dim glow and gaze up at the stars and drift away.

We at stylish interior design would like to remind our readers that we are affiliates of some of the products and services mentioned on this website. This means that if you make a purchase through one of these links, we may earn a small affiliate commission. This commission comes at no cost to you – you just pay the price quoted.

You can never have enough stars. Dress the windows with these black curtains (they come in many colours) featuring silver stars and perfect for blocking out the sun. the material is very durable and will add a nice touch to the space theme.

Gazing at the planets

Time for bed. What better way to fall asleep under your own dream tent gazing at the far off galaxies. This fits around any bed and is easily folds up for storage. Kids will love it.

A play tent shaped like a rocket to give the room a lift and take your mighty adventurers into infinity and beyond.

Glow in the dark stars

Easy stick on glow in the dark stars which look great on the ceiling and around the walls.

Wrapped up in the Zodiac

This luxury soft bedding comes with a black quilt cover, two pillowcases and has a zodiac pattern that continues the space theme of the room. What

A kids storage cabinet with sliding doors, the perfect height for those little fingers to reach high up areas to get their toys. Pure white which will be a nice contrast to the walls.

Fly me to the moon

For all those space discoveries to be displayed a set of three floating shelves. They come in a variety of finishes but white would be a good choice for this package.

On top of the world

The little space adventurer will feel on top of the world with this feature carpet. Skid proof and comes in various sizes.

Plan the next adventure

A  lovely set which includes a table and two chairs in white with a solid wood base. Great for planning the next adventure on.

Well not in this case. A lovely table lamp for when the main rocket light has landed and the lights are out.  Available in three colours but we chose the vivid green one for this kit-out.

After all the space travelling it is time to relax on a 98 inch bean bag. Tough, stain resistant and easily cleaned. Perfect for tired astronauts. 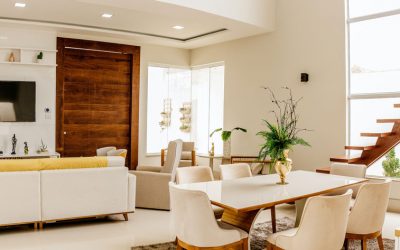 Get the most out of your small dining area Many homes have the luxury of either a separate room to use as a dining room, or a kitchen large enough... 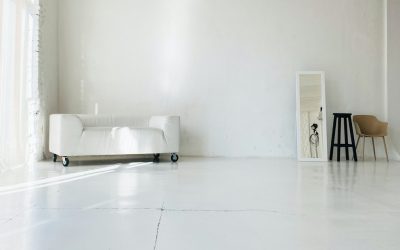 Styling Your Industrial Lounge Old buildings can often offer us the opportunity of high ceilings and long bright airy windows and possibly a... 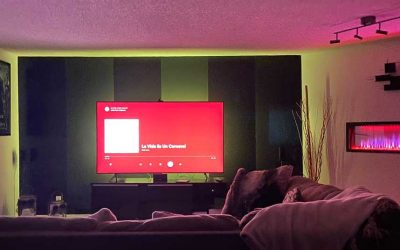 No idea what to do with your basement? A popular trend is to convert it to a modern bar, or even a cinema room, or if you have plenty of room...

Stylish Interior Design offer a FREE consultation service. We will visit you and discuss your requirements – no matter how small or large your plans are. Either drop us a line or please feel free to give us a call.

Let’s Build Your Dream Interior Together

Share This
We use cookies to ensure that we give you the best experience on our website. If you continue to use this site we will assume that you are happy with it.Ok